There was much recording in the Vice-county during the year with several folks (myself included) still unable to give up the habit of completing monad record cards, despite the end of Atlas 2020 recording.

About 110 new hectad records were made including twelve of Hieracium species determined by David McCosh. Included in this list are fourteen plants that were recorded for the first time in the vice-county, the majority of which were found in Portree during surveys for the Urban Flora of Scotland project. Only one is a Scottish native.

Images of the fourteen new plants are shown with brief comments.
Click the image thumbnails to expand and view captions
I am grateful to Cameron Crook, David Pearman, Kevin Walker and Mike Wilcox for help with identification, as well as those listed as recorders. 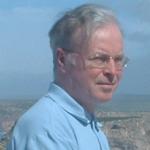