While collecting seeds for Scotia Seeds this summer, I became puzzled by the species of Hypericum growing in abundance in places on the river bank beside the River Tay at Murthly. Both Hypericum tetrapterum (Square-stalked St John’s-wort) and Hypericum maculatum (Imperforate St John’s-wort) have both been recorded from this area according to the BSBI database. I asked Andy Amphlett for help and he sent me a wonderful email illustrating the main differences between these two species with links to the APHOTOFLORA website with its excellent photographs illustrating the differences. Both species have square stems.

Hypericum tetrapterum has all 4 corners of the square stem with obvious wings (left). The sepals are acute (middle). Many small translucent glands on leaves (right). 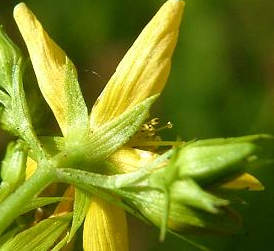 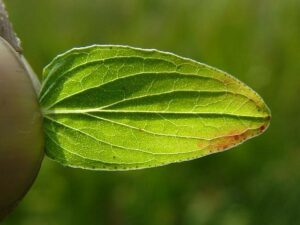 Hypericum maculatum also has more or less square stems, but the wings are narrower. Usually there are obvious, narrow wings on two corners, and two are angled / ridged or scarcely winged (left). The sepals are broad and obtuse, usually with small teeth (middle). No or few leaf translucent glands (right) 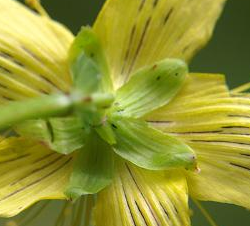 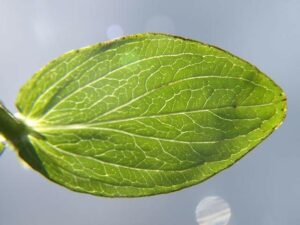 A third St. John’s-wort with similar yellow flowers is Hypericum perforatum (Perforate St John’s-wort) but not so easily confused as the stems are rounded with 2 not 4 ridges. The sepals are acute or acuminate and the leaves are ‘perforate’ like a colander with tiny holes. Stems rounded with only 2 ridges and narrow acute sepals (left). Abundant translucent leaf glands (right) 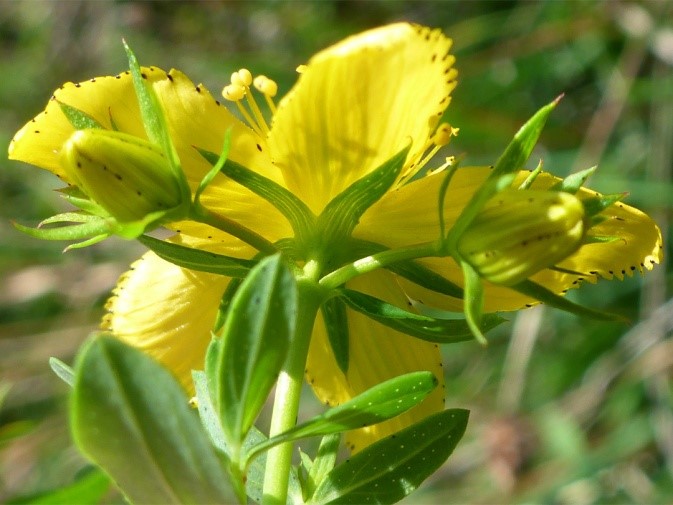 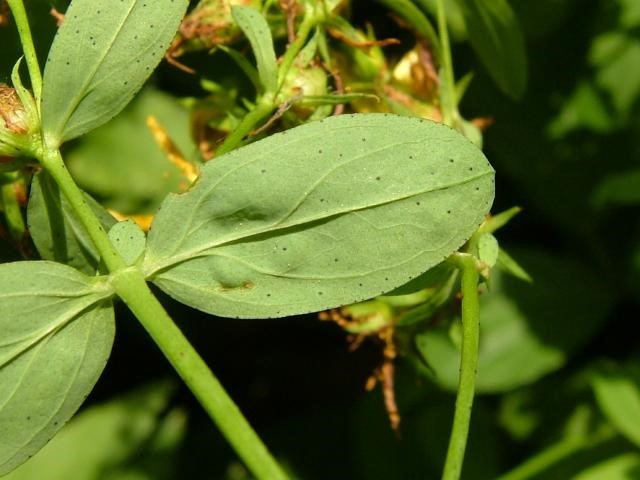 Andy said he thought Square-stalked St John’s-wort may be over-recorded in Scotland. He has found H.tetrapterum only 9 times, H. maculatum 79 and H. perforatum 53 times; and the hybrid Hypericum x desetangsii (H. maculatum x perforatum) 18 times. The hybrid appears when both parents – H. maculatum (square stem, opaque leaves) and H. perforatum (obviously perforate leaves and roundish stem) grow together. Andy commented “I rarely see H. tetrapterum in N. Scotland, not annually, and always in small quantity. Most sites have been in fens, once on a riverbank”.

Having now looked at so many plants in detail I cannot be sure, hand on heart that any of the records I have made for H. tetrapterum in VC87 West Perth are in fact this species except in the cases where I was with Paul Stanley or Alistair Godfrey and I relied on their identification. The key to telling them apart seems to be the sepal shape and I cannot honestly remember looking at these to identify H. tetrapterum.

Andy gave me some queries with which to interrogate the DDb (BSBI database) and here are a few numbers and some maps.

Hectads in Scotland with records for these Hypericum species:

I speculate how many others are as confused about these two square stemmed species as I am and whether the BSBI distribution maps below represent their true distribution in Scotland. 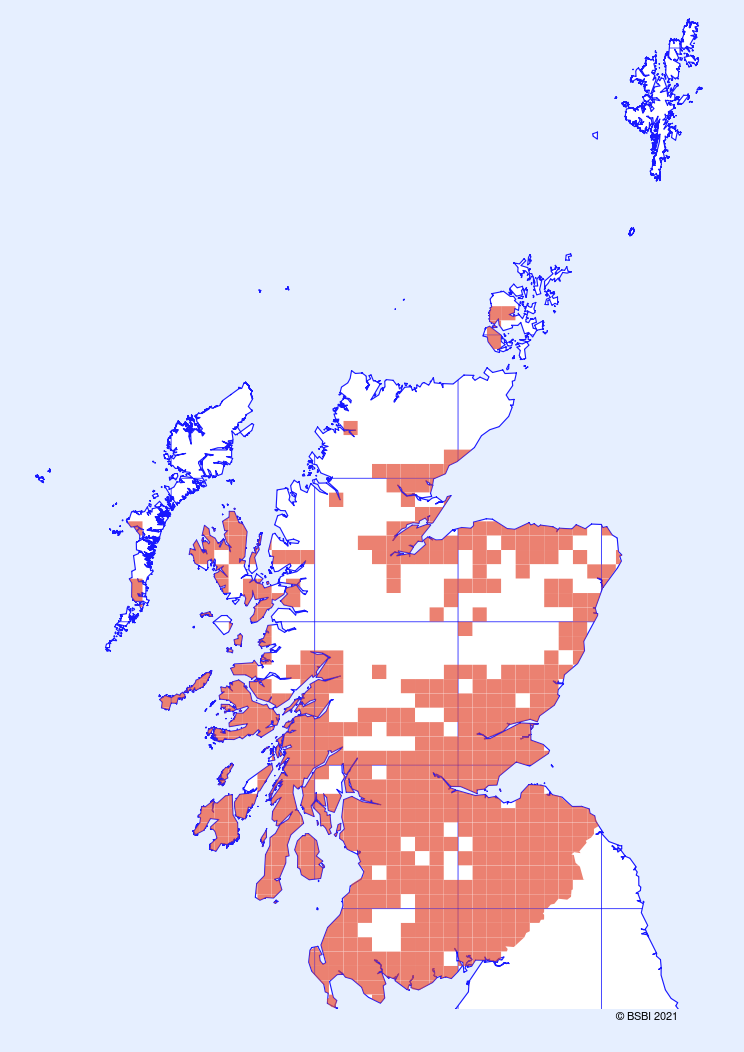 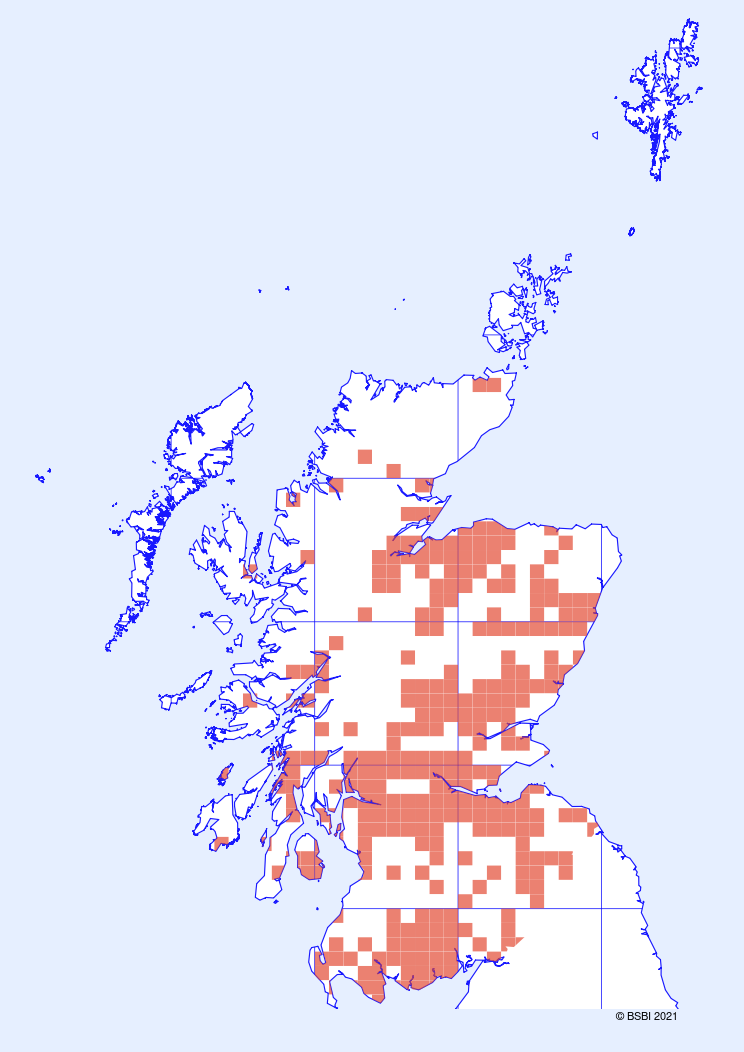 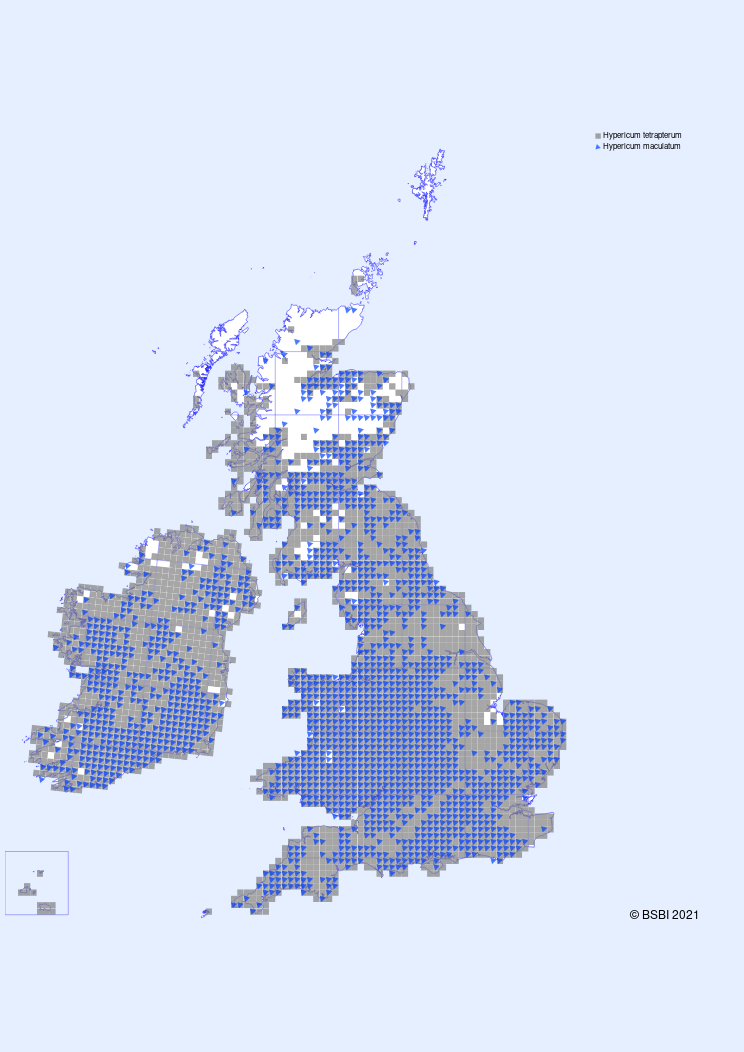