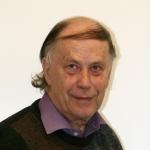 Emeritus Fellow, UK Centre of Ecology & Hydrology [email protected]
I began plant recording while still at school in Lancashire, records appearing in the 1962 Atlas. I started work for the Nature Conservancy in 1958 before going to Cambridge to read botany. I then continued in NC and successor organisations, ITE and CEH, researching grazing, trees, vegetation, and am now an Emeritus Fellow.

Rubus longiflorus bushes were found independently by myself and George Ballantyne at Catterline in Kincardineshire (v.c.91) during the 1990s. They have not been matched to any known microspecies. They have been described in a paper in British & Irish Botany 3(2) 188-195 (2021) as a new taxon.