Saxifraga granulata was present in quantity in two urban graveyards and Luzula campestris was widespread, being seen in 16 cemeteries.

These sites are very heavily managed with grass cutting and herbicide application and there were relatively few differences between urban and rural locations.
A-survey-of-Easter-Ross-cemeteries

Use the two arrow buttons or scroll to move between pages. 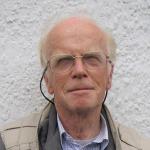