An update on some Bute brambles

This exhibit reports some progress towards resolving a complex of  Bute brambles which have been puzzling me for some time. They occupy border ground between the series Micantes and Radulae, and some bushes have previously been recorded as Rubus raduloides. After reading a detailed account of that species by Weber (1974) I am now inclined to agree with this determination, but others have expressed doubts.  Meanwhile, I have resolved two other species from the complex, Rubus echinatus, confirmed by Rob Randall, and R. echinatoides, confirmed by David Welch.  All three species are illustrated from my photos of Bute specimens.
An-update-on-some-Bute-brambles-higher-res

Use the two arrow buttons or scroll to move between pages.

An update on some Bute brambles higher res
 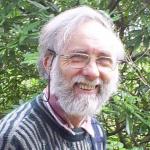