Recording in the time of Covid

I systematically recorded the flora of a 10km square in Selkirkshire near my home over the summer of 2020. I visited 43 of the 100 1km squares (monads) in the 10km square (hectad), and collected more than 7,500 records of over 600 species. Some notable and surprising are reported here.

I am lucky enough to have outside work to keep me occupied, but for variety and relaxation (really), I decided to systematically record the flora of a 10km square near to my home.  I chose NT43 in Selkirkshire partly because of its proximity to home and to Peeblesshire, where I normally record.  Over the summer I visited 43 monads in the hectad, collected 7,650 records of 620 species.

I thought I knew the area well, but I’ve been pleasantly surprised as to how varied and interesting it has turned out to be. Not all of what I saw was good.  There is an alarming amount of tree planting in progress, often on high quality herb rich ground and some of the farming is too intensive and tidy for my taste.  However, other parts are well managed or better still just left to their own devices.

With my farming hat on, I have a particular interest in arable weeds and although these are largely confined to corners and rough areas, a good number of species are still present.  Notable ones encountered include: 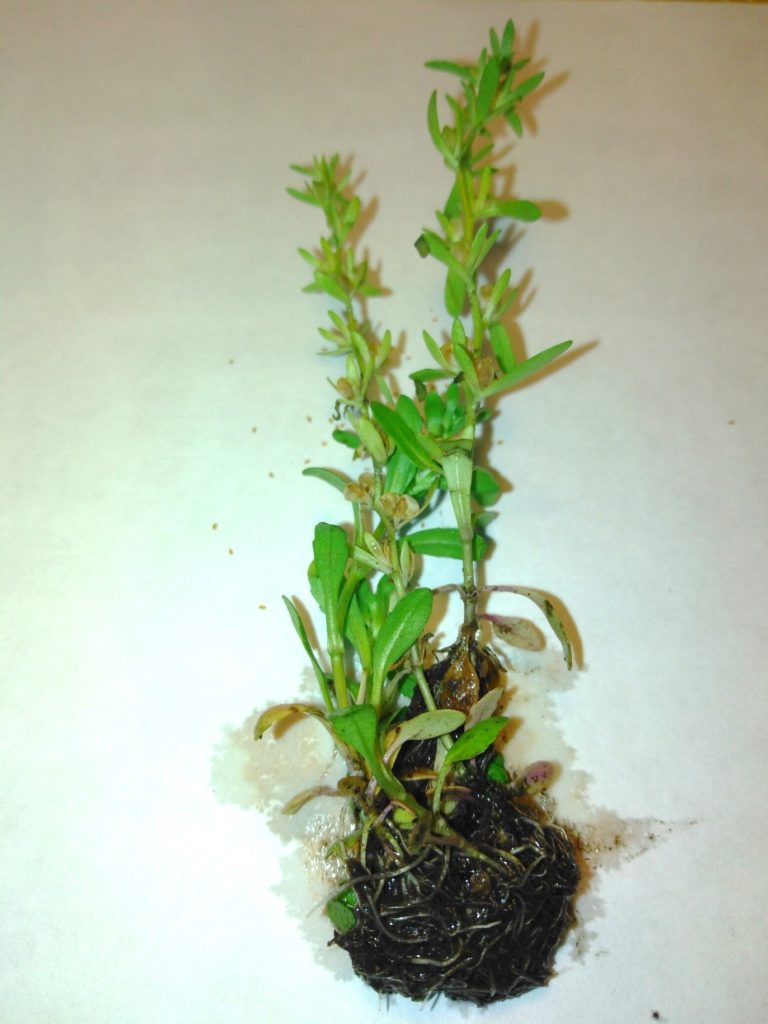 Aquatic plants of note include: 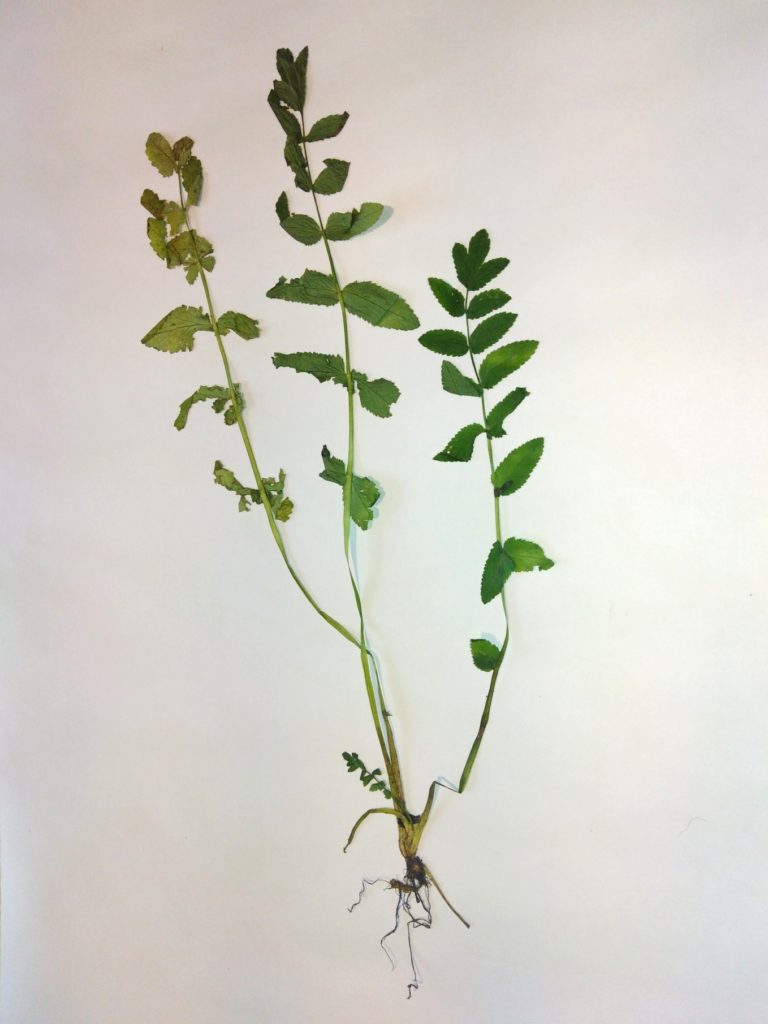 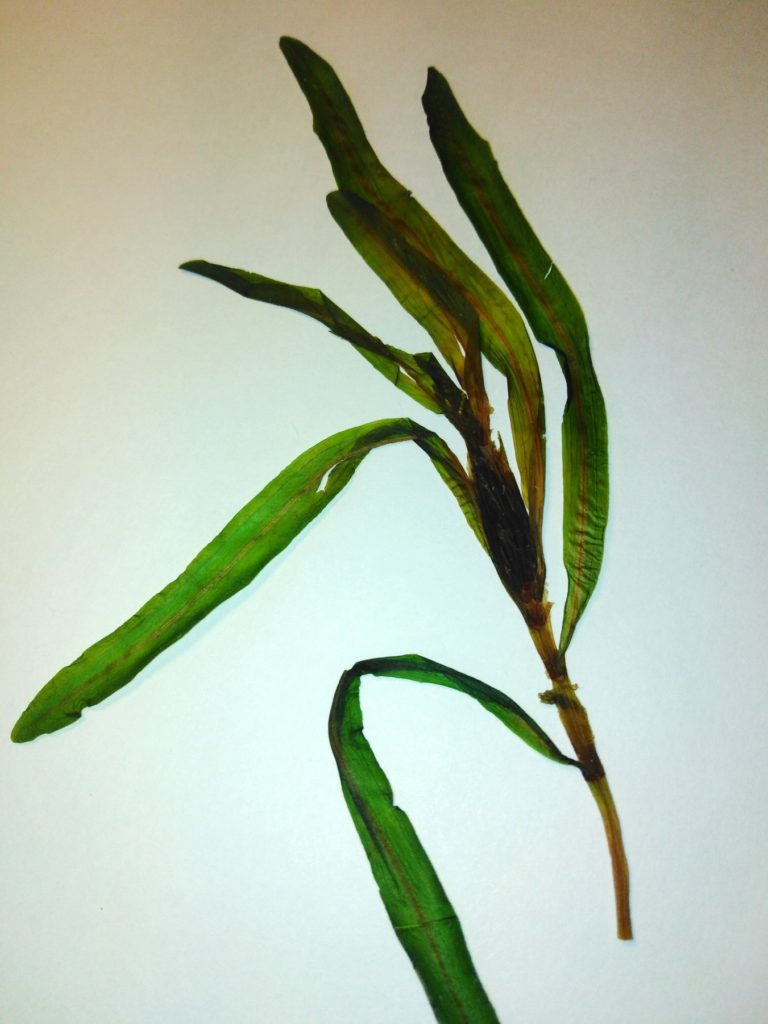 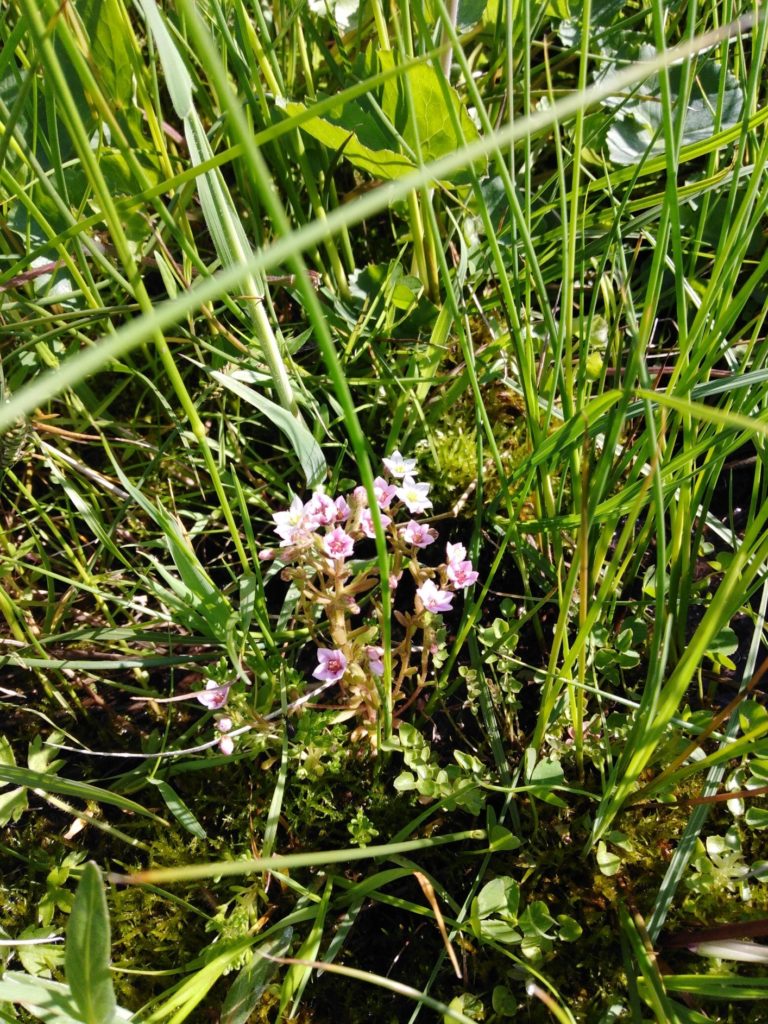 Finally, I would like to mention Sedum villosum (Hairy Stonecrop) (Photo right), found while recording an area of hill which is to be afforested.  It has not been recorded in NT43 since 1923 and perhaps now that it is on the map, so to speak, it might be possible to protect this site.